Back on the road again... 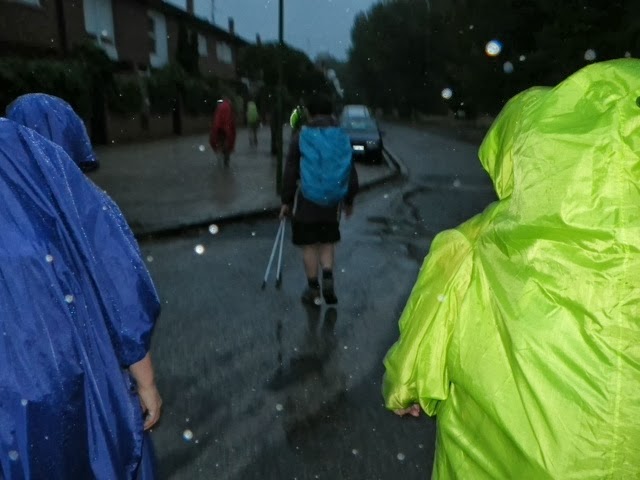 Ah, almost refreshing. After a rest day in Bergos we were dying to get back on the Camino again. Technically a late start as we had to take the bag with meds to another place by taxi, but we still left not much after 7am before dawn and not fazed by the drizzle. We were all hanging out for a coffee but none was to be found alongside the route this morning.
Not far along the trail we caught Wendy with her pants down waiting for a bus. She said she was getting into her rain gear. Daughter Deedee concurred. At least we have photographic proof. 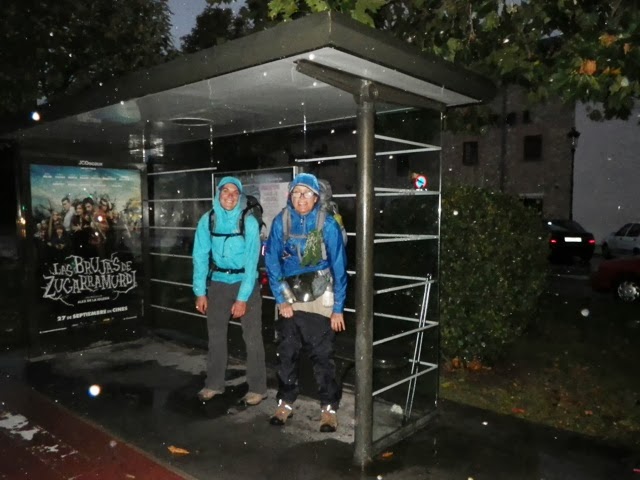 The rain continued as we arrived in Tardajos a couple of hours if flat walking along. Here we found  a small empty bakery and a little tent with Australian Fosters table and chairs in it. We bought their coffee and totally delicious sandwiches and gave them our Spanish propaganda. When I went back in there to get another sandwich for the road all the other peregrines had flooded the place too. By now the ladies behind the counter had read and understood our message about cystic fibrosis and organ donation and asked how they could help. I tried to explain to become an organ donor etc, but they wanted to give me €10 and did not want to charge for my sandwich!! That was a first, these people understood what we were doing and were appreciative and supportive. Thank you people!! 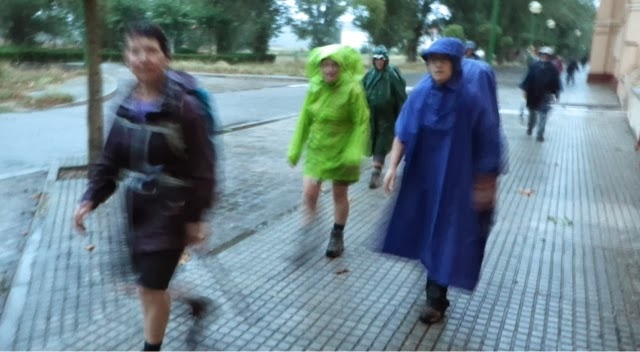 Crossing a little stream we found loads of yabbies; 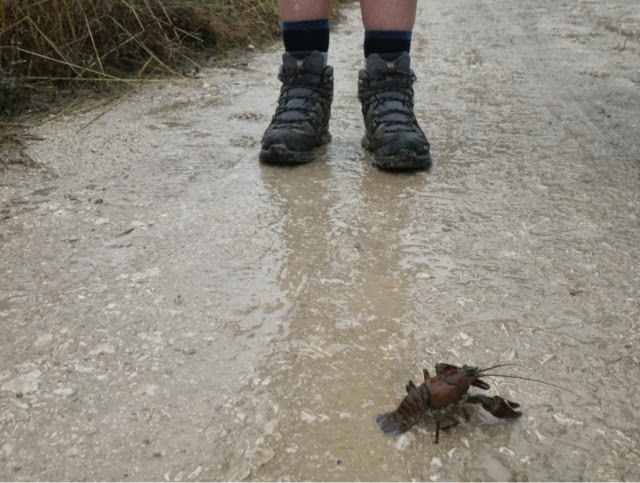 We continued up a long steady hill till we descended into Hornillos del Camino in time for lunch really. We are staying in the Municipal Albergue where we soon found the entire Camino family seems to be staying as well, plus a few new faces too. I am particularly pleased to have another few beers with my new beer journalist buddy Rory from Brizzy. He likened staying at albergues to a monk whipping his own back for penance, after one of these nights he could stay in hotels again for a week. Lucky for him he is downstairs with the young Korean girls, cute as buttons remember, who no doubt won't snow and fart, whereas the rest of us, including Kathleen who is picking up the trail again, are staying upstairs sharing one toilet. 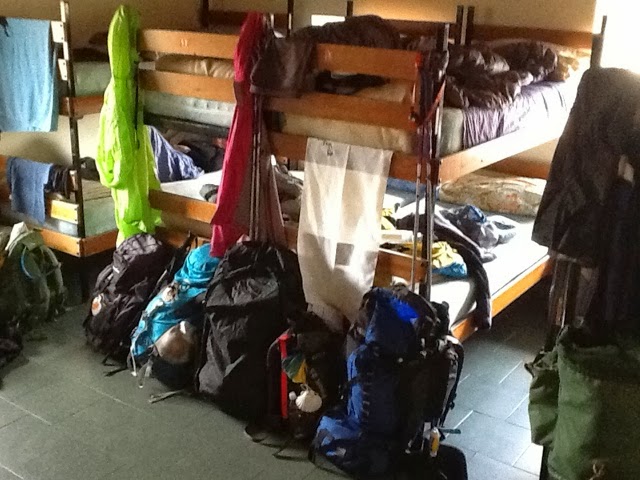