Have we recovered enough? 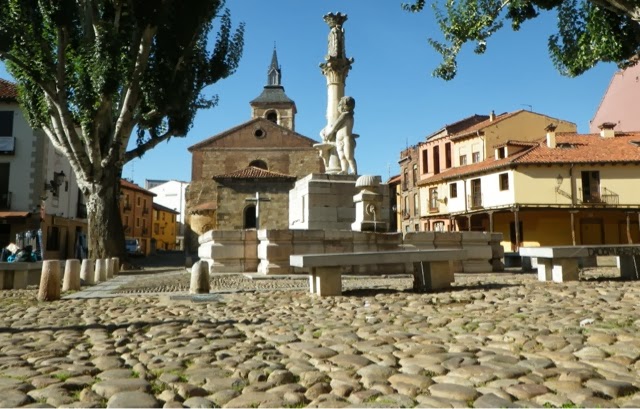 Leaving Leon is difficult. My legs are still aching after the rest day, if not more now! Dinner last night consisted of turkish kebabs, which was a nice change of peregrine meals. Ice cream for desert. The attendants at dinner were the remaining team, plus Wendy and Deede who just arrived, father Jim, Sineade, Danny and Kelly,... Like a big family really. So anyways, where was I, leaving....

I walked into town after 10am checkout. Breaky at the icecream parlour that also serves other goodies. and another good look around town, checking out Mr Gaudy in front of his building, entertained by locals who keep him company on the seat. Below is the building he designed. It is the only one in Leon and one of three in the province.

Another good look at the cathedral,... 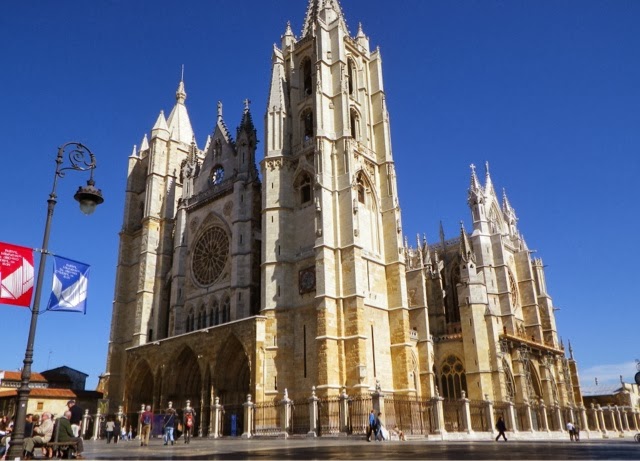 Ogling lots of other interesting bits and pieces, and finally walking out of town along the yellow arrow lined Camino gazetted route. 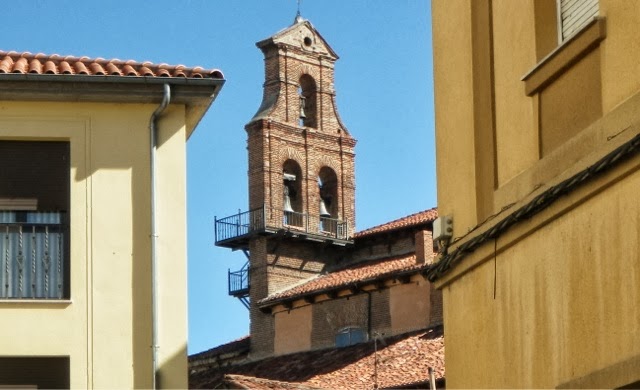 I run into a few familiar faces along the way, but none are leaving... Looks like I am last out of town. 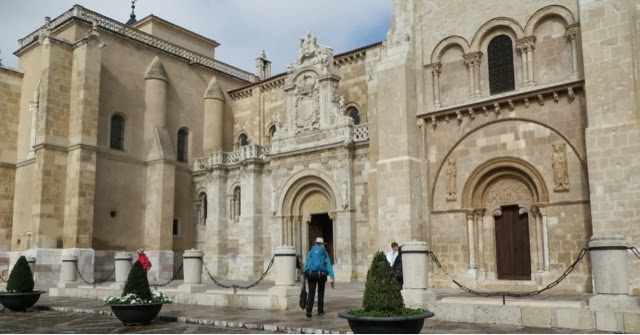 Below is a sign that indicates it is merely 306kms to Santiago. I don't know wether to be disappointed or excited, I consider this 2/3 done.  I got my picky taken both smiling and scowling. I chose the smiling one to show you in the end. 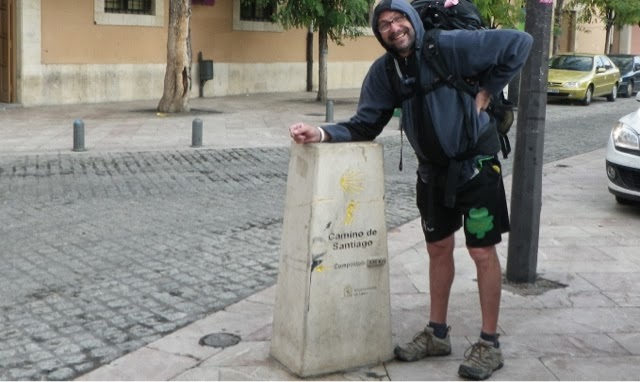 And then the disappointment of the century... The trail walks me past the Hostal Parmador. I had heard they had €110 specials for double rooms including buffet breakfast, and that it was the amazing place shown in the movie 'The Way' where the peregrines were shouted a suite for the night. But it hadn't clicked. Had I known exactly what it was... Well, here it is in the flesh, a medieval restored monastery made into a luxury hotel. I walked inside and was mesmerised for half an hour just walking around the place. This was the deal of a life time. So I saved €40 for the two nights... Darnit, how dumb was I. Here it is below. I dare not show you any of the interior photos out of embarrassment. Here is the wiki website to check it out: http://en.wikipedia.org/wiki/Convent_of_San_Marcos,_León 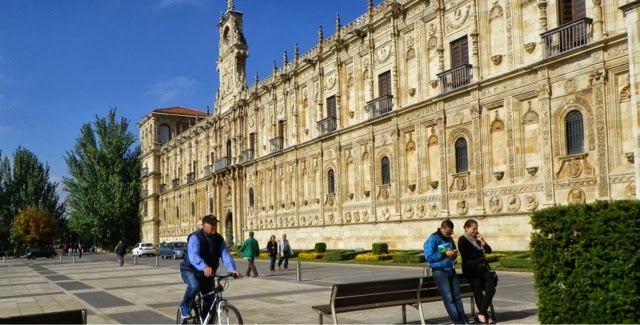 And on the city limits I walk past a bus stop and who would be there, Sally. Catching a bus are we?? Together we continue on the way again. 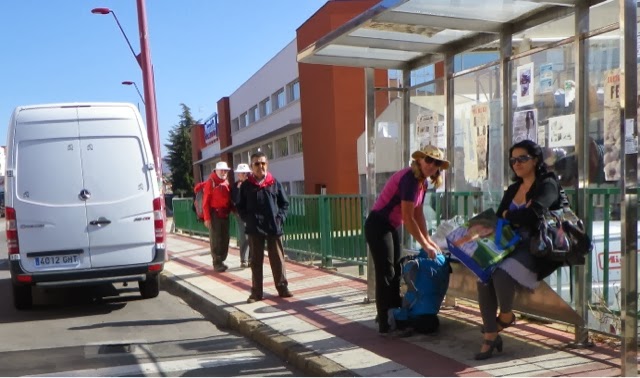 And a bloody long way it was. Sally gets apples from a local farmer and we obligingly, and gratefully, carry it with us. i find a foam rock which looks really heavy, but is just foam. it will pretend to be my 'rock from home' to place on top of the Fera del Cruze (?) later this week - if i don't dump it earlier. It does look funny strapped on the pack. Someone left sunscreen and a knife on a bridge for other peregrines to take. I've just been moaning about not having a knife, and I am running low on sunscreen. I took both. I'll fill up my little bottle and pass the rest on.

Sally and I stop at every opportunity and fall over at 730pm at the first Albergue we come to in Villarente de Mazarife. Welcomed with open arms, laundry received with a promise of drying, dinner downstairs immediately, breakfast provided for,... And in the dining room our South African sisters and a few other regulars. We are all sleeping in one social space with the usual mixed Lavabos. Very quite here. It is 33kms tomorrow to Astorga. Doubt we'll get that far. It was a fair walk today, at least 26, but I think as much as 30kms for me.