Back into the hills 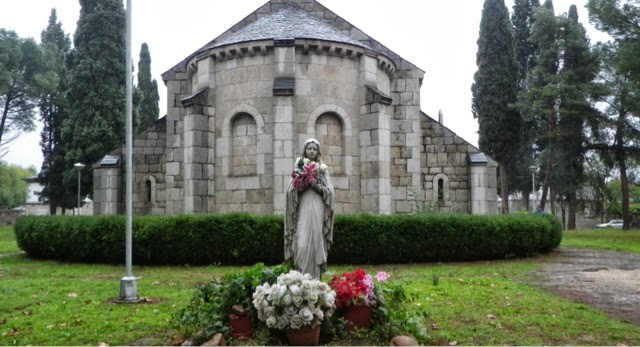 Another night in a great hotel is another recipe for a late morning. I left in a steady drizzle after everyone had left. Followed the river out of town, past a museum which was a restored power station and up to a nice little church of the Virgin Mary (wild guess). Walked with a Spanish man for a while, Oscar, and eventually came to a cafe where various Camino family members were hiding. I continued the long walk along the road (minor roads and tracks alongside them) through various villages, listening to my podcasts (listening to NPR car talk and Richard Fidler,...). 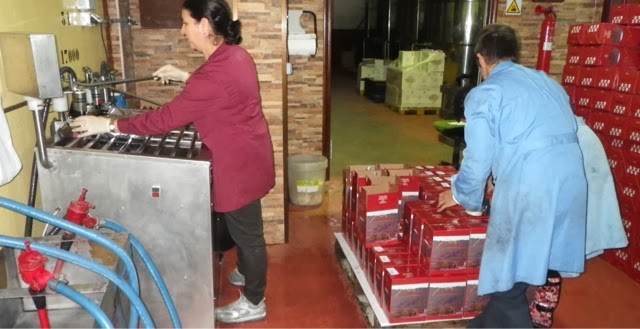 I stopped at a vineyard where they offered tastings at about noon and I had a glass of wine with a tuna pie. Then in a relaxed mood headed into the hills. It seemed like I was on the wrong path as I wondered into the vineyards up a long slope. There were footprints in the mud, just not many signs. When I was almost convinced I was lost I saw a group of Asian people ahead. Turned out they were Korean, a very common nationality on the Camino, who were filming a documentary of 5 x 30minutes. They were nice people who thought I was a crazy man talking to myself. I am often confused for a crazy man as I speak to Ree on my phone using the mike equipped earplugs. 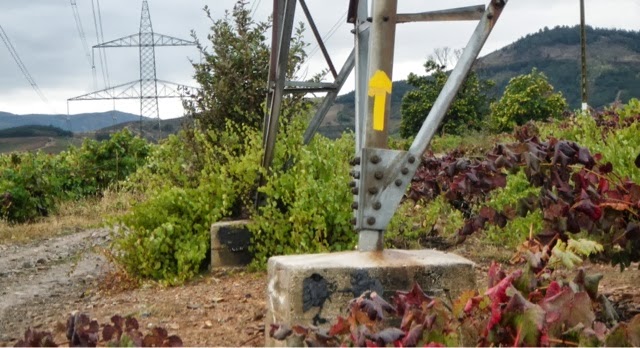 Then eventually a civilised lunch in Camponaraya with Sineade and Kathleen. I just had beer... I'd been eating the whole way already, including cold pizza from last night's dinner. The Korean group choose the same lunch spot too. After we left for the final 10km I took a wrong turn where there were lots of confusing arrows at a fork in the road. The Korean film crew van was there with friendly Korean people who all assured me I had to turn right here. I just learned, only minutes before, that a good friend is in intensive care at home with a terrible brain tumour and I was thinking of her as I took the turn off.
The trail led me up and down through vineyards, old stone buildings and lots of significant hills. Up and down through valleys and over ridges, the mountains slowly growing more threatening. Still wearing my rain gear as it was still grey and drizzly outside.  For some reason this trail was full of high voltage power lines that we passed under  again and again. Just hearing about a friend with terrible brain cancer and then seeing these power lines made me wonder if the Camino was trying to tell me something. I was deep in thought for the hours and hours it took me to make my way up and down the hills.

Judy from WA had consciously chosen this route and caught up to me. Together we walked through Cacabelos to the pre booked Albergue. Of course there are several places there but naturally all of us were in the same place. Deede and Wendy, Marg and Judy, and some other familiar faces. It was 630pm, a long day.
Sleeping quarters for us were located four flights up, with bathroom on the third floor. The kind people running the Alberge offered to do laundry, offered us a complimentary coffee and tea and generally were very nice. There was a sign up to say the sheets over the mattresses were cleaned daily. I already have lots of itchy bites on my body so it is nice to see people are actively working on the problem.
The lady on the bed below me, Barbara from Germany, plugged in her breathing machine which she carries on the Camino. She has severe sleep apnea and after decades of being tired had her step daughter in law diagnose the problem 7 years ago. I could hardly hear it during the night. I wonder if it would help me. Another toy to carry and plug in... 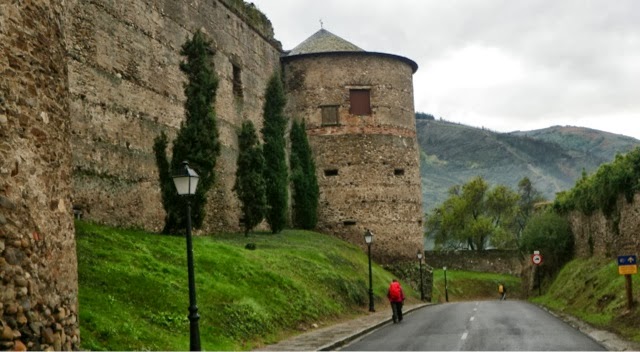 Father Jim appeared at 645pm and everyone went running into town for drinks and food. I eventually found them all at Playa Mayor where we had a pleasant evening with beer/wine and whiskey.  No one ever seems to get drunk on the Camino, very odd.. Must be all the exercise. 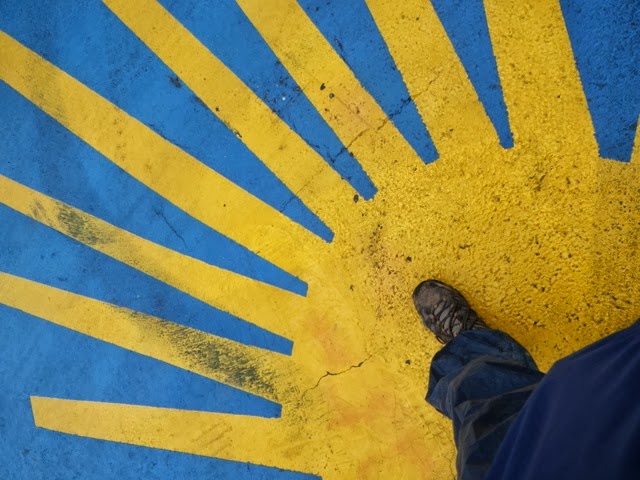 I slept really well, for 9 hours, and woke up 7am. This morning there was the choice to do the macho walk through the mountains, a token walk through some mountains or follow the fairly flat road. Initially I was game to follow the young women into the mountains for the scenic but hard 25km alternative, but struggling to get in and out if my top bunk for pee stops during the night made me realise I should only attempt that walk with a tent.
After swallowing the supplied breakfast (muesli!!) and Wendy sewing my backpack together i left on the road. My backpack was strained by the enormous weights I'm carrying, which was recently revealed to be only 13-14kg and not 40kg). Deede and Sineade disappeared into the mountains and I was glad i had smartly decided to stick to the road. 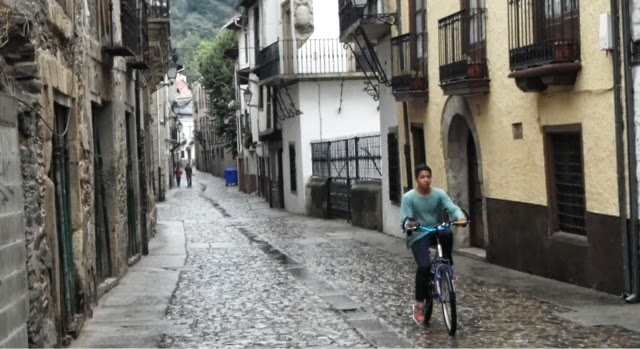 I think you should look into one of the sleep apnoea machines on your return. So good you had a 9 hour sleep, man, your body must really need it. It's obvious you've lost weight even though you say you're eating lots ?? Make sure you adjust your insulin accordingly, lol. The ages of the fair maidens seems to be getting younger, hmm, at least gives you an incentive to follow, haha. One Camino.