I decided to write an analogy of how I see phages, and how I explain it to other people.

Many people still think I am going to get cured, but really I am going for treatment that should be simple and available for anyone around the world, or at least doctors ought to have bacteriophage options in hospitals when treating infections that do not respond to traditional medicine.

So here is my analogy: 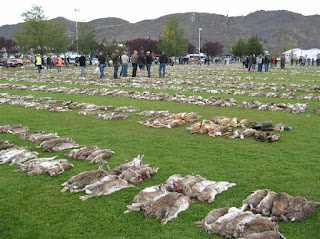 I liken my lungs to a farmers field of rabbits. I cannot use my green paddock anymore as the rabbits eat everything and dig everything up. A little after European Settlers in Australia decided to release 24 rabbits this turned into a nationwide plague within 50 years.  Poisons used to kill the rabbits also killed farm animals and left dangerous residues on crops, and shooting, baiting and trapping seemed pointless. Like the bacteria growing in Cystic Fibrosis lungs, the usual methods of healthy diet, exercise etc is not enough to get rid of my 'rabbits' (infection), so 'poisons' are used; antibiotics. The poisons also affect good bacteria and cause harm, plus eventually, my rabbits don't even care about the poison and the poison is rendered useless. Like in my lungs, the 'rabbits' in the paddock have become very resistant to the rabbit poisons, like the bacterial infection in my lungs has become resistant to the antibiotics.

Now we all know that any overpopulation tends to get diseases, like too many fish in a fishbowl, too many chickens in a hatchery, pigs in a piggery, people in a hospital... or rabbits in a field. This led to excessive use of antibiotics to be used on animal farms to keep the populations healthy. This overuse also contributed to global bacterial infections becoming more resistant to antibiotics. Humans too have been squeezed full of antibiotics, with antibiotics being the most often prescribed medicine of the Century. This has led to more superbugs in society, bacteria that are resistant to most antibiotics.

So why isn't our world covered in a bacterial ooze growing out of control? For the same reason, overpopulation is stopped by disease, which also happens on a bacterial level. Bacteria are also susceptible to viruses that kill them. Like most viruses, they generally do not travel across the 'species'. Antibiotics are very indiscriminate, affecting all species and all sorts of bacteria, but these natural bacteriophages, viruses, are highly targeted. Scientists found viruses that killed rabbits and isolated them. In Australia that controlled the rabbit numbers very effectively without affecting other species; the Calicivirus. 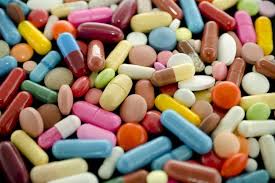 When people discovered that bacteria have viral enemies, bacteriophages (phage is the Greek word for kill) we started isolating them and using them to heal infections in humans. In the early 1900s this was revolutionary, but when antibiotics were invented in the 1930s phage research stopped as antibiotics could kill a range of bacteria, instead of looking for individual cures (phages) for specific bacterial infections. Many East Bloc countries did not have access to antibiotics and they continued using phage therapy, hence you can find phage-based medicine and prescriptions against common bacteria on pharmacy shelves in Poland, Russia, Georgia, etc. They have not stopped their research in phages, and have hundreds of academic studies and trials in half a dozen or more languages published over the past decades. 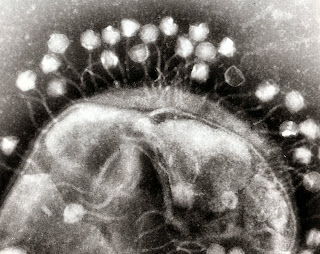 Slowly our Western Scientists are waking up to phages: www.phageguard.com. All they need to do is look in dirty places, places where a person with Cystic Fibrosis (or anyone for that matter) can easily contract lung infections; compost bins, soils, garbage tips, sewerages, polluted rivers...  There they can find the bacteria that might be causing my infection in great numbers. Great numbers also mean scientists (biochemists) can also find the bacteriophages killing them. Next, the scientists isolate these phages. They may find several phages for similar genotypes of the same bacteria, and they can formulate and administer tailored phage cocktail to infected people. In combination with antibiotics, this has had enormous success. Like the Calicivirus which killed the majority of rabbits (but not all!). Now bacteria can still become resistant to phages, but for now we have a hugely as yet untapped successful weapon against antibiotic-resistant bacteria, one that is totally underutilised in Western Society. Why aren't we using them more?

If they are so good,... then why aren't pharmaceutical companies excited about this? Well, as was mentioned, these phages are not artificially synthesised or manufactured in a lab, they are found in nature within the city limits, and they merely need isolating. This means phages are very common and no patents can be claimed: https://www.ncbi.nlm.nih.gov/pmc/articles/PMC3821673;

success of phage therapy may be hampered by a lack of investment support from large pharmaceutical companies, due to their narrow spectrum of activity in antibiotics, very large costs associated with clinical trials of the variety of phages needed, and regulatory requirements remaining unclear. Intellectual property is difficult to secure for therapeutic phage products for a variety of reasons, and patenting procedures vary widely between the US and the EU. Consequently, companies are more likely to invest in phage products for decontamination or veterinary use, rather than clinical use in humans....

In Holland, a government official was recently claiming that human trials could be as far away as 20 years before being allowed to be trialled on human subjects in Holland, yet the European Medicines Agency has allowances for phage therapy treatment on humans. In response, the Dutch have submitted a 40,000 signature asking for an explanation of why they have to travel to Poland for phage therapy.

* in the USA the FDA approves phage therapy in individual cases where all conventional drugs have been tired and the situation is serious or life-threatening.
* in Belgium a 'magistral phage regulatory framework' has been introduced where phage products can be prepared by a pharmacist on a doctors authority.
* in Poland and Georgia it is regarded as another medicine and available by prescription for tailored phages or at pharmacies for common infections.
* in the European Union (EU) phages are allowed under approved protocols as outlined by the European Medicines Agency (EMA) - a decentralised agency of the European Union (EU) responsible for the scientific evaluation, supervision and safety monitoring of medicines in the EU. Without the EMA's approval phages would not be available in Belgium or Poland, both EU members. 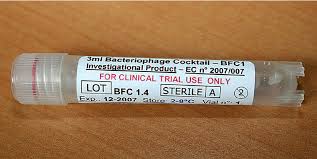 Dr Benjamin Chan from Yale now has my medical info from my various doctors and a couple of hospital discharge summaries. I hope they can make progress in getting FDA approval and schedule me in!In the meantime I came across an Australian researcher, Monash biologist Dr Jeremy J. Barr, who was awarded a Ramaciotti Award grant for Biomedical Research worth $137,534. His research is in bacteriophage treatment to combat antibiotic-resistant bacterial infections.www.monash.edu/science/news/current/monash-biologist-awarded-over-$130,000-to-investigate-bacteriophage-therapyIn the meantime please pass this page to your friends, or LIKE my FaceBook page: www.facebook.com/Coughing4CF/ 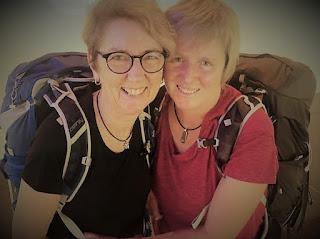 Hands up who has heard of the El Camino? The Camino De Santiago, aka El Camino, The Way of St James, or just The Way. It is an enlightening pilgrimage ending up in Santiago de Compostela in Spain. Some people walk in from the UK, some from Portugal, but most walk through France.

And this is what my dear friend Judith did with her partner Jen. And they dedicated their pilgrimage to me! As you can imagine this was totally unexpected and an enormous honour. Who would walk 500+ kilometres for me? Well, they did!

They also promoted the BACTERIOPHAGE cause and pleaded for donations for me to help make the world more aware of how great a tool Bacteriophages are in our war against antibiotic resistance. This boosted my campaign greatly, and they even donated a dollar for every kilometer they walked, most generous!

...And feeling so very lucky to have just finished walking the Camino Sanabrés. As many of you would know walking 500+km was not something that was on my wish list! I DO however realise how fortunate I am to have the good health to be able to choose to do such a thing.
As it so happens, you can choose to walk a camino for someone else and Jen and I chose to walk ours for Walter J Van Praag.No doubt in my mind that Wally will be up to walking another camino before too long but first he needs to kick an antibiotic- resistant lung infection - a particularly shitty thing for someone with cystic fibrosis to be doing battle with.
Wally’s best hope of winning that battle is with phage therapy - a quiet achiever that needs help getting some air play. Jen and I are both kicking in a dollar for each kilometre we just walked to help Wally document and hopefully film his experience working with Dr Benjamin Chan, a phage researcher at Yale University. He has had success treating a handful of people with phage therapy so far - have a listen to this radio interview to find out more.


I know there are many good causes out there and not everyone can afford to contribute to everything. But if you have a spare $5, please do consider joining Walter’s “Phage Club” and helping advance phage therapy more broadly. It’s likely we will all need it at some point in the not too distant future.'

If you have a spare 15 minutes do listen to the CBC interview with Benjamin Chan, the man who I am hoping will treat me in the coming month or two.

Just one note, phage-therapy is not a miracle cure, it is a treatment just like antibiotics and usually given in conjunction with antibiotics. It is important we get phage medicine as part of regular treatment for antibiotic-resistant infections. Exact reasons are detailed in the interview with Dr Cahn. People with Cystic Fibrosis are often infected by such bacteria and would likely need treatment on an annual or more frequent basis. Some lung infections us people with CF get are worse than others, and my Pseudomonas Aeruginosa infection is one of the hardier ones. Chances are great that after that one is eradicated another opportunistic bug will grab hold, but many are more treatable with standard antibiotics still....

Thank you Judith and Jen for your great contribution and support! And if you believe in phages please support my campaign: www.gofundme.com/phage-or-fail-with-antibiotics.

All monies raised will be used for publicity of the cause, not for my travel or treatment!