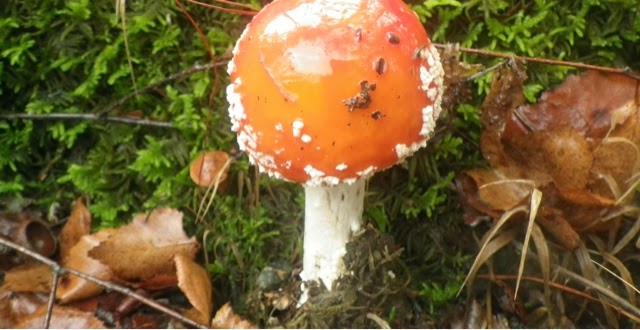 Almost every 'casa' in Spain has shutters. I think it is a European thing. As I was in the dorm on my own, the shutters were down and my phone on silent I slept till 745am. My sleeping app even reported  91% sleep quality, despite getting down 4 times from the top bunk (don't ask why I choose a top bunk in an empty dorm when I have sore feet!) for a pee. Shows you it makes a big difference to sleep alone compared to a dorm full of people. I finally woke up when Wendy and Deede came out of the adjoining room to go to breakfast. By the time I'd done my nebs, folded my clothing (did i mention i also had use if a modern washing machine and dryer!!) and repacked my bag it was 9am before I finally walked to the breakfast bar. It was well and truly raining outside. Wendy and Deede and all the other regular risers must be soaking this morning.
Breakfast was shared with a new peregrine who started about the same time as me, but had managed to stay undetected. Beth from San Francisco, an episcopalian minister no less. It started bucketing outside, so I had a few coffees with my tostadas con-quesa - usually it is con-jam but since there was no crowd in this place at alI i could actually ask for cheese (quesa) this rare time. It was still raining at 10am when I left, so I didn't feel like I missed out.

Beth was a good companion and wanted to slow down for me on the hills. I assured her I'd catch up again after the uphill. I try explain to people I am like that stinking truck slowly going up the hill and then overtake (past the speed limit) on the downhills and flats. I don't explain that the stinking bit really refers to my meal conversations when I teach people inappropriate things like explain the (Aussie?) term T-barring or tell Danish people what the 'map of Tassie' really means. I have two shirts with me which show the map of Tassie in the right position, and on the odd occasion you see the old Spanish hag T-barring. I realise these things are not appreciated, and Kathleen is always the first to stop me, but she isn't always there unfortunately to protect my often innocent audience..

The rain continued on and off, occasionally heavy, some thunder, the odd ray of sunshine and some rainbows. The path still goes up and down and despite being close to Santiago still seems very rural. Seeing the vegetation around me I understand the rains are not exactly uncommon, with nice ferns and mushrooms growing around us. Lucky for me I am we'll accustomed to rain and well equipped for it.
The usual chestnut and walnut trees are still everywhere, but they are now joined by the odd eucalyptus plantations, they kind of look leaner and skinnier here. I guess I am here comparing them  to big leafy chestnut trees perhaps.
One odd moment was crossing this huge worksite. It looks like they are making a large El Camino bypass for us. Perhaps this one bypasses Santiago altogether and goes straight to Finisterre.

Beth and I stopped for a late lunch and saw some Camino family there, I will miss that when I go home. No sign of Sineade and Kathleen anymore, they are now miles ahead I think. Beth stops at a village where she has booked an Alberge, but I continue as I intended to walk to at least to Santa Irene, from where the final walk in would be 22kms. Wendy came up with the idea to divide the last three days in 22km days, and found towns to support that route. She knows what she is doing, she is a planner. I was hoping to join them for those three days if I could make the days.

Walking alone I bumped into  Barboora from Slovakia, whom I'd met before (below) and i also ran into Cole and Ash again, two Brizzy boys now from London who are celebrating their anniversary today (umpteenth one). Congrats! I had a beer with them at Santa Irene, the 22km mark.  Since it was bucketing rain (and the fact I didn't see any albergues) i decided to walk 4kms down the hill to O Pedrouzo. I text my intentions to Kathleen and Sineade as i usually do, presumanly they end up where i do by pure chance om amy case.
I arrived about 630pm and found the Porta de Santiago Alberge, a nice new one where they put me in my own Privada dorm where I had a power point next to my bed. I later find out that Kathleen arrived in the same town 4pm and was staying at another place with Wendy and Deede around the corner.  I later also hear from Kath that Sineade is still walking, through the rain, closer into Santiago and was drinking whiskey and cokes on the way, merrily making her way in with other enthusiastic fit people!
The three virgins i saw on Facebook arrived in Santiago today, and there is a great photo on their individual Facebook pages. Which reminds me to put something on the Coughing4cf Facebook page, which I just haven't had much time to update. Blogging and walking is enough!
Of course all these towns are small and Oedrouzo is no different. So I run into Kathleen with a group of people for dinner. The Camino is getting to me, and I feel like some people are avoiding me, I know it must be all in my head, but these things trouble me as I want to know why. People doing the Camino all need space at some time, especially towards the end and especially from each other occasionally, I've read that on many books about The Way. The Meseta is usually where people experience the first signs of socio-stress according to literature, but I personally enjoyed walking a week through the Meseta. The Camino plays with your mind!
In any case I have come to understand that you must be very appreciate and grateful to the people that truly love and like you, and you must invest your time and energy into them. I call my partner Ree daily, several times daily, and sent her lots of texts! I know she is special for me, it takes someone special to love me as I now know and understand I am very trying in the long run!!

The lights have just gone off in the dorm, it is 10pm, it is raining outside. This is one Alberge where the pilgrims don't have control of the lights, they just go off. I trust they will just go on in the morning - as it doesn't get light till past 8am! I had faith that would happen all along the way but found more often than not people often turn the lights off earlier or later and rather stuff around in the dark in the morning rather than dare be the first to turn them on. I find it amazing people are so 'polite' that 19 out of 20 in a dorm can be stuffing around in the dark and because one poor sod is still asleep because he is the one who forgot to set his alarm clock perhaps. I usually wake up late and then ask someone near the switch to turn on the lights, which is when someone obeys my wish and and everybody sighs a breath of relief. The last  sleeper then wakes up annoyed to find out he slept in and may not make his destination today.
Tomorrow I think I'll arrive about 4pm!!! Wow!!!