Wilson's Inlet and the Seasonal Sandbar to Denmark 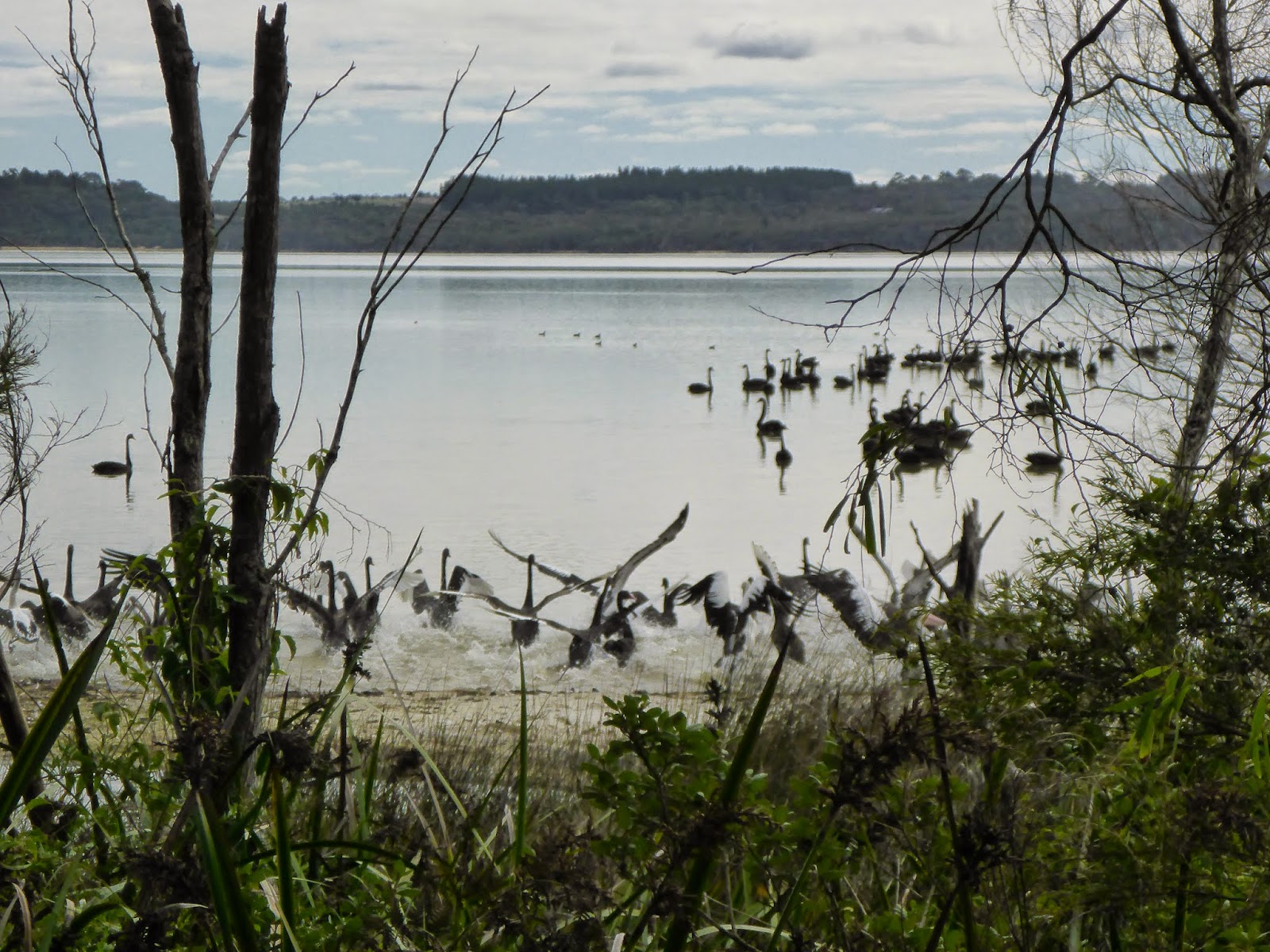 We completed the first stage to Denmark! Leaving Nullaki hut this morning I was feeling strong and led us at 5kmphr towards and along the Wilson inlet. This is a private wilderness apparently, fenced in even! We passed a few exclusive wilderness homes and eventually came to a mini Bib hut where we expected to find info on the seasonal sandbar we had to cross to get to Denmark.

Apparently the Bibbulmun officially breaks at the inlet and you resume on the other side. On many occasions in huts and online we were offered phone numbers of expensive ferries and taxis but there was always a vague mention of a seasonal sandbar you could walk or wade across. However the info was always vague, even on the maps. Often we read you had to call CALM (?) or contact Parks and Wildlife with no phone numbers mentioned. In Albany we had met with a ranger and him nor his office could really help us re sandbar nor fire affected areas.

We were determined to walk the sandbar and read we would find more info in the huts as we came nearer. This last hut again had no info except to warn about danger of crossing when under water. I made an attempt to find CALM on the internet and called a random number that Google brought up. The lady was affiliated with some closely related cause and advised us it was 'closed' - meaning closed to boats and hence walkable.

We walked on following the Bibbulmun waugi signs and stopped at a weekend shack where we had Marilyn's rehydrated curried pumpkin soup. According to instructions we had found we took a little road after we were re-energised and followed it till it came to an unexpected fork. We took the main track ... It petered out into a walking track and then got us stuck into thick bush. The GPS showed we were right on track to the crossing point but we couldn't penetrate the bush.

Marilyn discovered a scraping branch had ripped her car/caravan keys out off and off her pack. They were gone (not mission critical fortunately). Using the GPS we retraced our steps back to the fork and only then noticed the remains of someone's attempt at putting an arrow down in sticks. 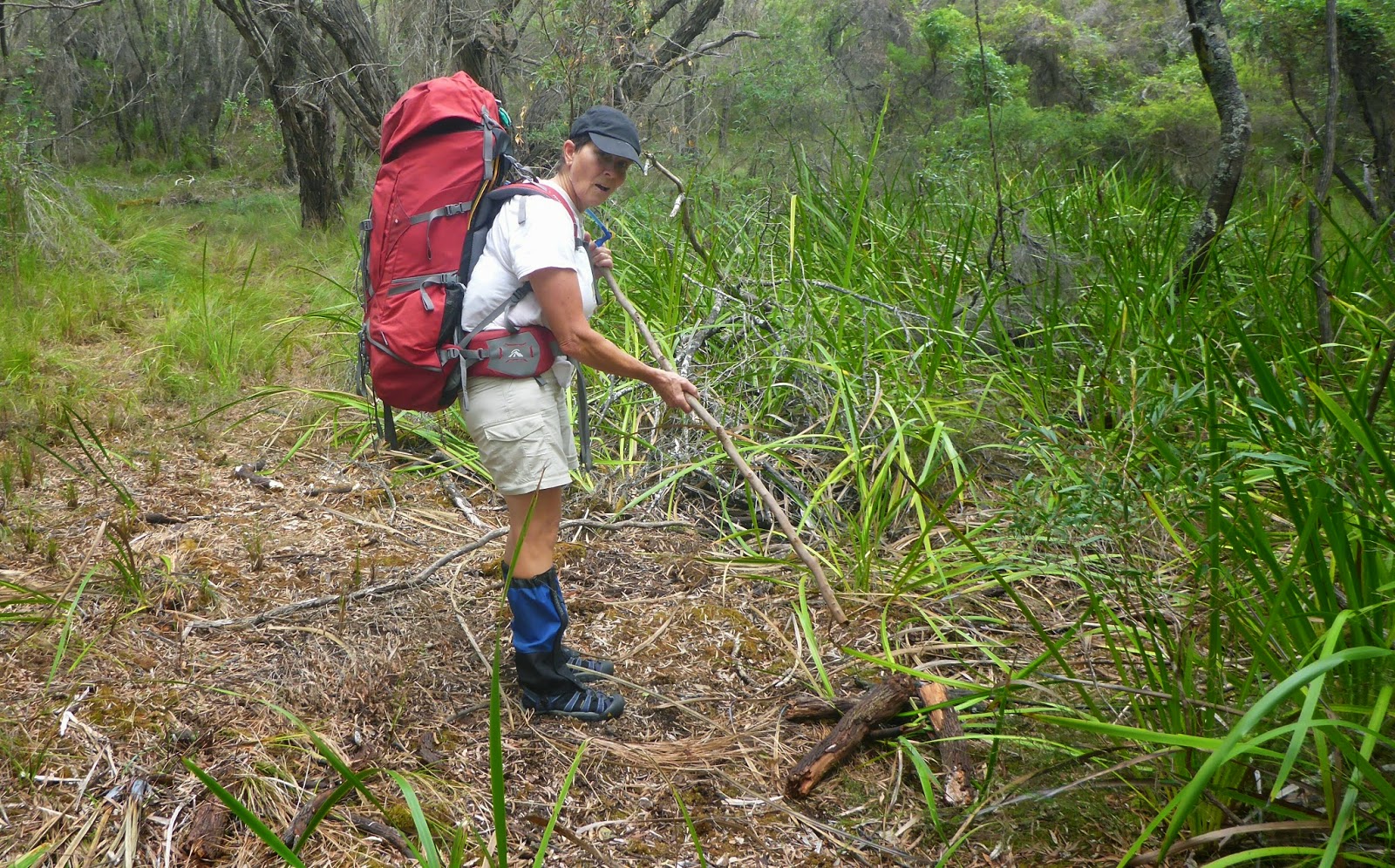 We followed the correct track till that too petered out into marsh and tall grasses. Bib signs had stopped. Managing to follow human trails for another kilometer or two we navigated to the seasonal sandbar. We seriously tried very hard to tread on snakes but we saw none. Lots of bird life! Cornarands, pelicans, ibisis and swans,... 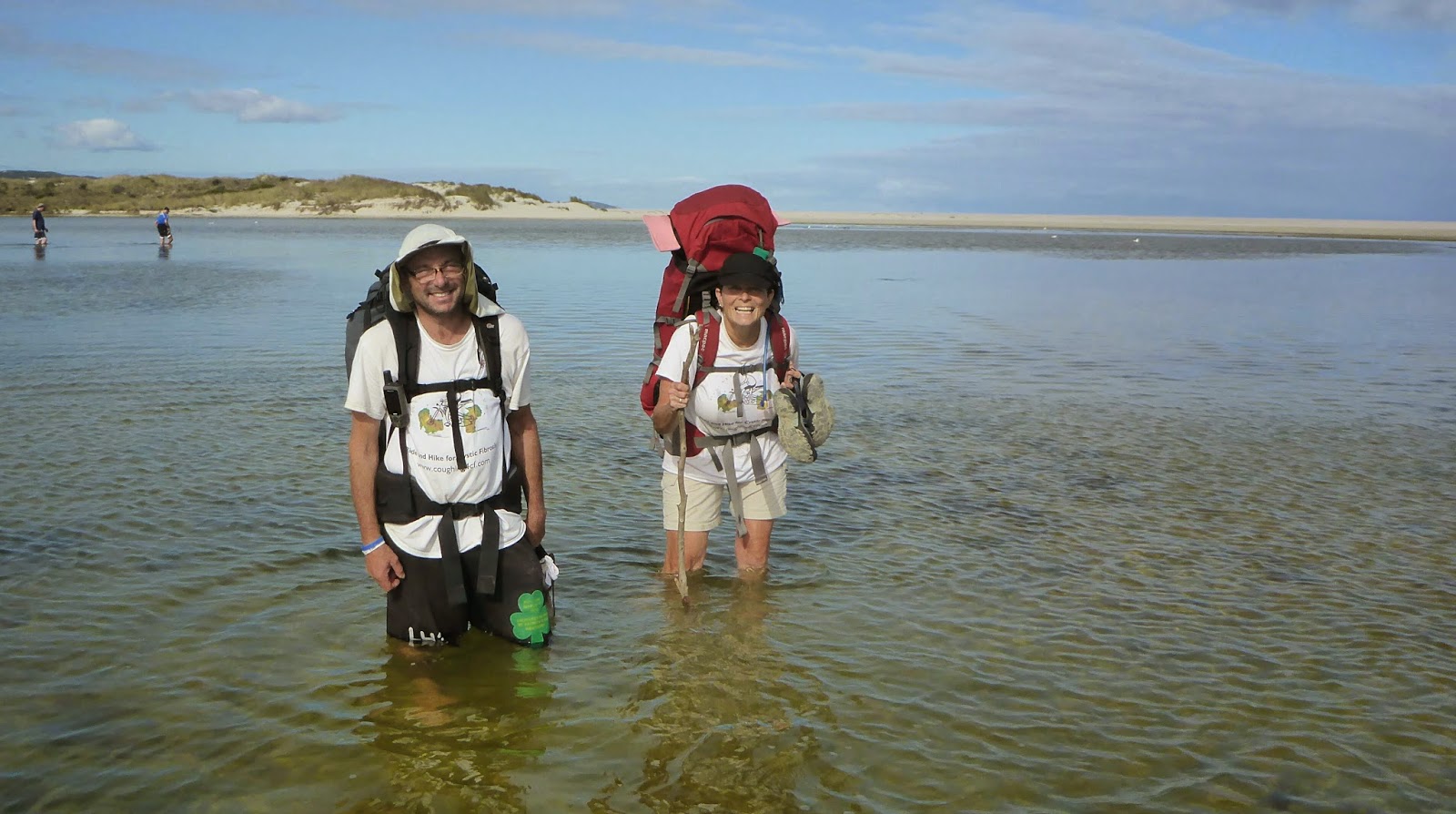 At the sandbar we saw people splashing in the shallow water of the Wilson Inlet, a boat with people fishing, civilization! The sandbar was hundreds of meters wide and only because it was a shortcut to the campground and refreshing as well we choose to wade across the inlet. It was about 3pm. Most impressed to find our caravan there we headed for showers and decided to treat ourselves to dinner in town. We walked 21kms and averaged 4.8kmphr. It was mostly flat :) Restday coming up!

Click to donate to Cystic Fibrosis to show your support!