From Streaky Bay to Ceduna is the last stretch of the Flinders Highway and the last of the Eyre Peninsula! Cycling the last miles was a bit of a challenge with tough winds blowing mostly against us. It was only 114kms which we did with time to spare on the Aseako bikes. 250 Watts may not sound like much but it kept our average speed well above 20kmph. We do hope the wind direction changes tomorrow so we won't have a headwind starting the Nullarbor stretch - the next 1200kms to Norseman WA. 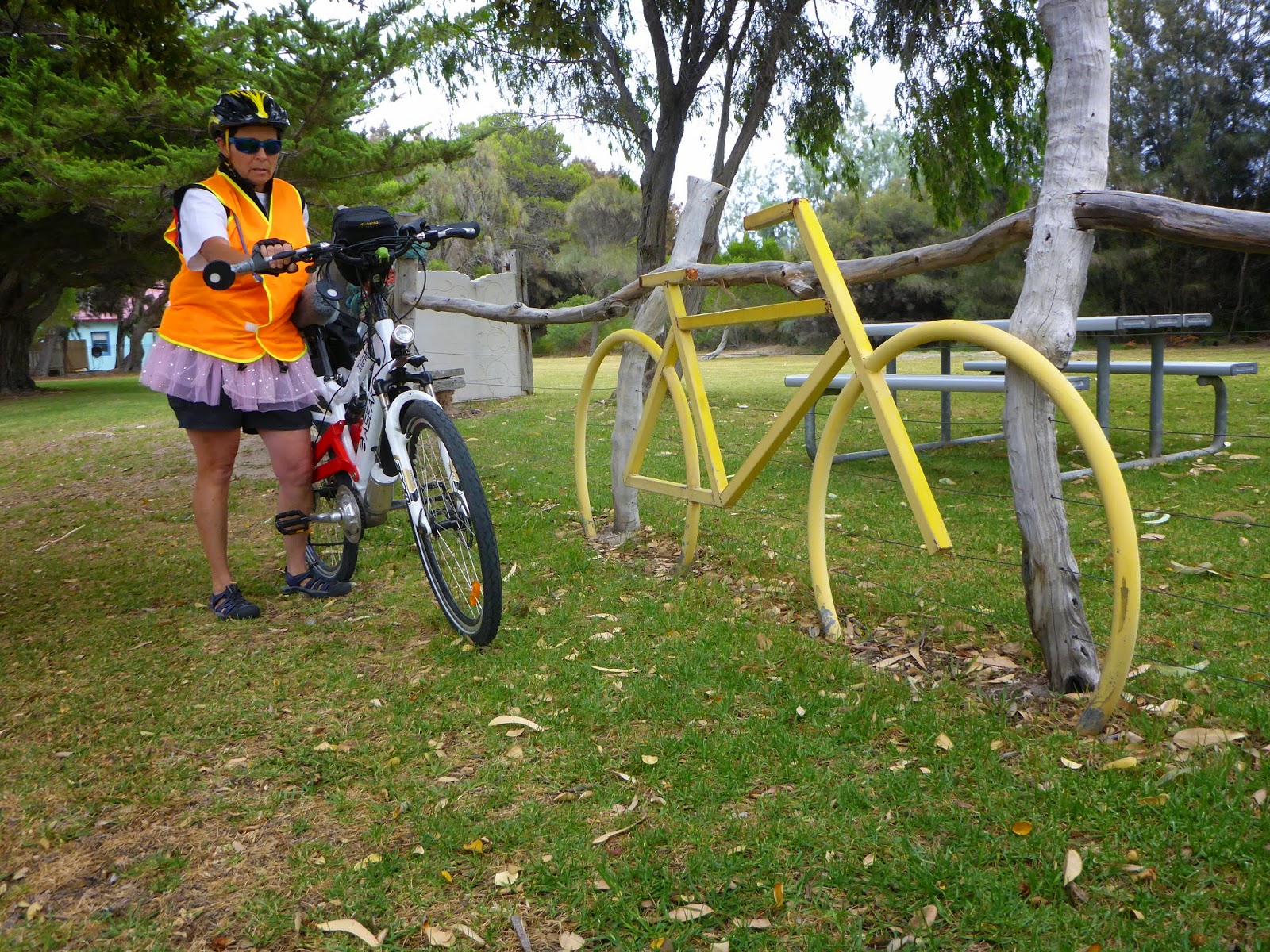 Lately the countryside has been undulating with long gentle hills which went from perhaps 50m to now down to about 20m above sea level. Ample opportunity for the wind to build up!  My Aldi Mobile phone and internet reception is now seriously lacking, and I have found some of the 1-2% of the Telstra network that is not accessible to Aldi customers....

We see the did dead animal, snake, too, rabbit or fox. Quite a bit of sand now too. Weather relatively cool and we even had rain in Ceduna!