According to our proposed dates we are in fact two days behind. During these adventures we never know exactly when and where we end up, and sometimes you and up a few days ahead or behind schedule. But a newspaper on the Eyre Peninsula that covered us had mentioned we would be in Port Kenny on Sunday apparently.  In the meantime we had left Elliston with a tailwind and were heading for Streaky Bay, bypassing Port Kenny. In our excitement to leave we had left the hose attachment for he caravan on the tap in Elliston, so as we cycled into Port Kenny for lunch we thought we'd try the highway facing caravan park store for the part. As I gave them our propaganda leaflet the lady said someone is looking for you! 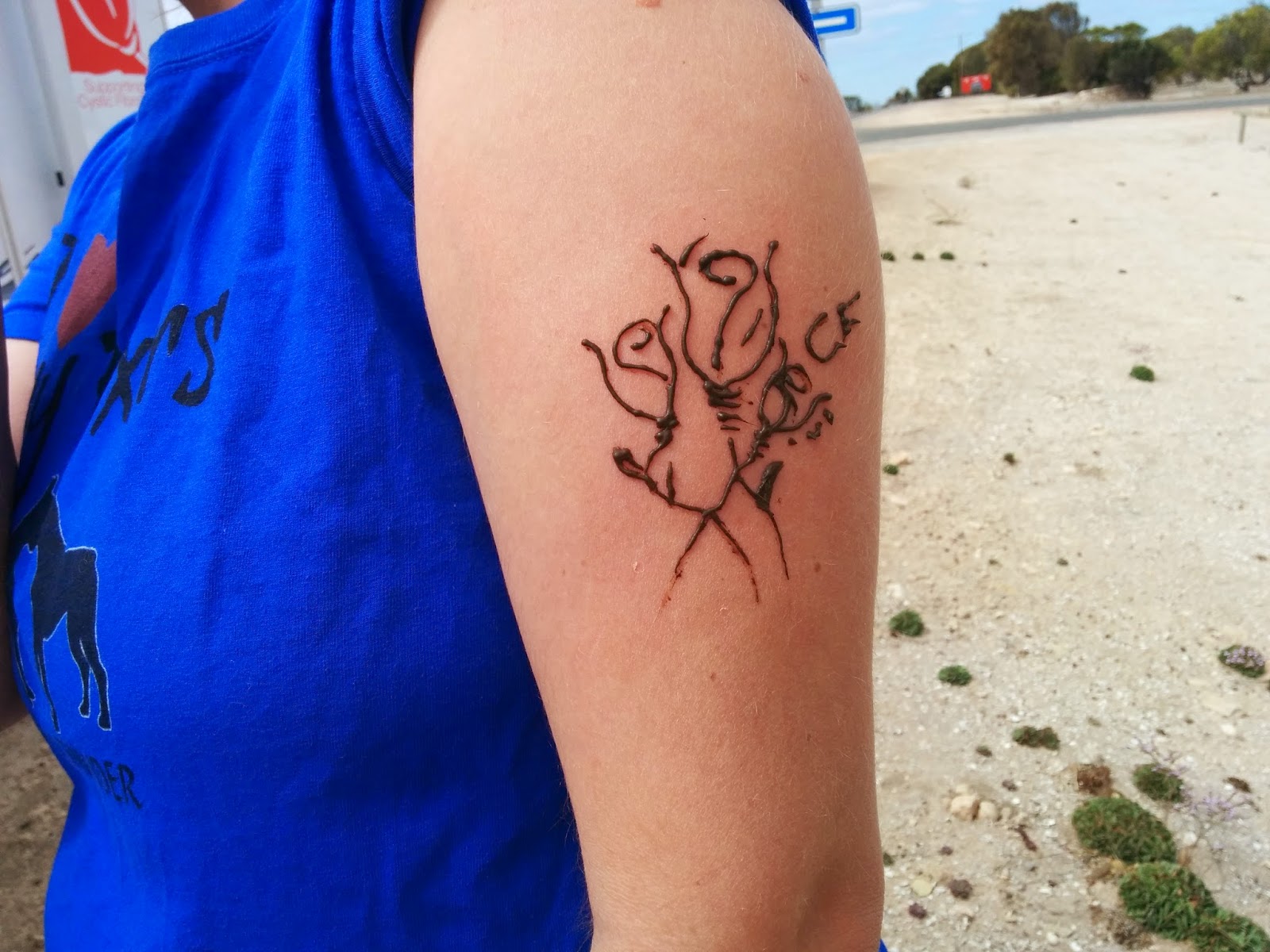 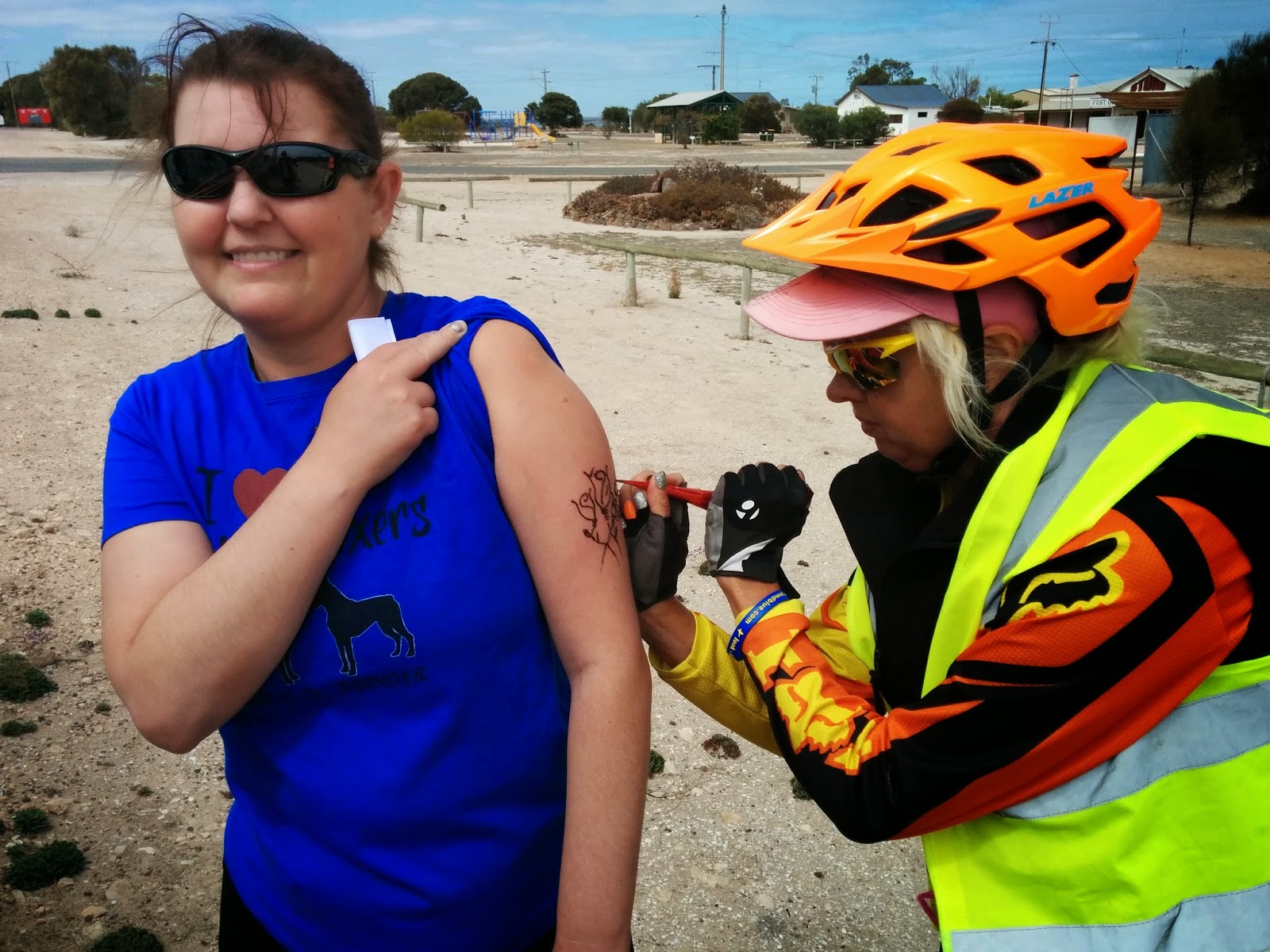 Ten minutes later we met Andy and Vanessa Pointon. Vanessa has CF and had a lung transplant 18 months ago. We all had lunch at the caravan and had a nice chat. Was amazing how the stars had aligned for us to meet! Andy raced home to get me some CF stuff that I was short on and they even left us a handsome donation! We were pretty moved by it. Jo gave Vanessa a CF hanna tattoo before we left.

Andy told us not to miss the Haystacks half way to Streaky Bay, a scenic rock formation close to the highway.

Photos attached are also from Streaky Bay where we had to disengage the caravan from the ute, which gave me a good photo opportunity of the team in action!