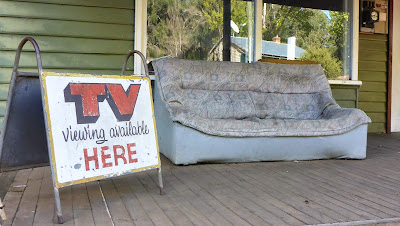 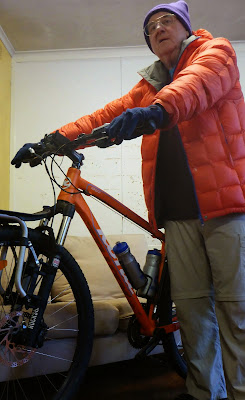 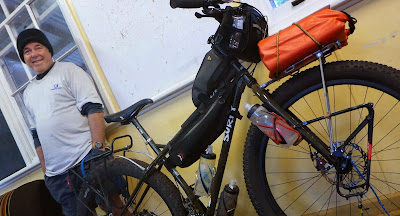 The last day to Donnelly River Village was a relatively short one at under 18kms and not too many serious ups and downs. Though we left with rain after a seriously windy and wet night under a full moon which even shine through the overcast midnight sky. Weird to see rain coming out of a dimly lit sky.

The rain held off fortunately and as we walked the last mile into Donnelly we ran into a young red bearded Dutchman, Thijs from Gelderland, doing an end to end.  He was interesting to chat to and gave us good info on the Blackwood hut and the Gregory Brook shelter.

At Donnelly River we were told we couldn't plug in the caravan or stay in there as they were not licensed for caravans. The end result is we drove to a camping ground in Manjimup where we did laundry, had phone and internet and stocked up on supplies. I was interviewed by a journalist regarding youth funding.... she got our propaganda just in case.

The morning after after a session at the Manjimup Hotel we drove back to Donnelly to park the caravan, sleep in the hut and head off again tomorrow morning.

Donnelly Rover Village is extremely nice about us keeping the caravan there and are looking after it till next Friday when K and D are picking it up. Donnelly River is a past steam powered mining camp now housing a down to earth caring community with the most spoiled emus and kangaroos running around.

At Donnelly River we met Dave and Herb the Dutchman. Herb is 71 and fairly recently diagnosed with asbestosis and diabetes and doing the Munda Bidi on bicycle. Herb rides a cool Kona bike and Kiwi Dave from Indonesia has a fully equipped Surley ECR with 3" KNARD tyres. Awesome bikes. I had a go on both. I got out my dutch herring and we shared NZ cheese. Herb also studied the map with us re the diversion to Wrights Bridge campsite as he and Dave had actually done the Bib last year! Don't ever let a diagnosis spoil the fun! Herb could relate to cystic fibrosis as he had many health issues in common.

We are enjoying the Bib again and the rain has cleared!