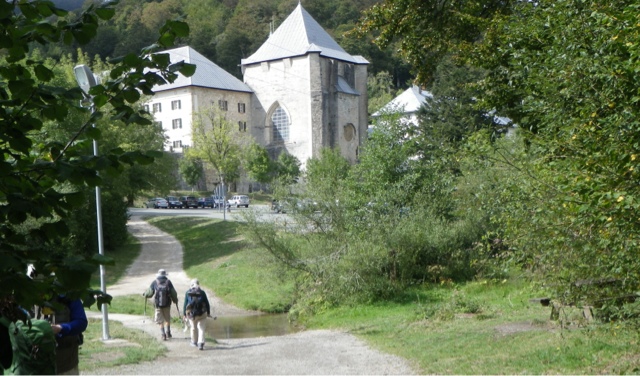 Above is the view of the monastery at Roncesvalles where we stayed. It is run by a Dutch voluntary association, and so I felt right at home here. Anyways, we left early in the morning towards the next town with breakfast. We were treated to our first road sign to Santiago de Compostella, a good start to Carlene's birthday! 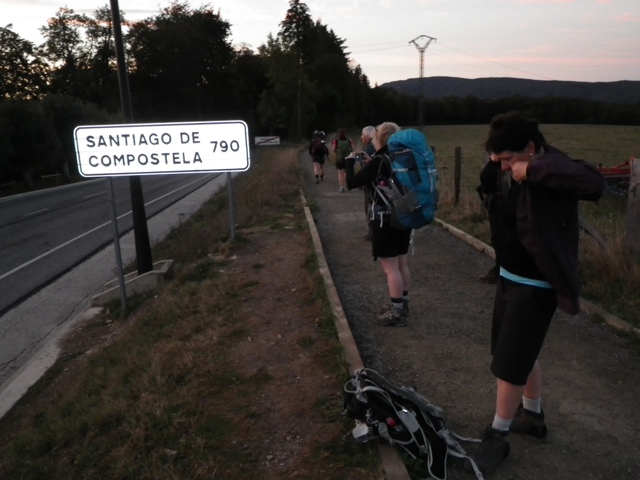 A supermarkado provided us with yoghurt, bread, cheese etc, and numerous cafés along the way with coffee and snacks. We made our way up and down 20+kms West to Zubiri where we had booked the nice and new Alberque El Palo next to the pub. Luxury with Wifi downstairs and only a dozen or so pilgrims to each room.  To celebrate Carlene's birthday we had a pub dinner next door! Pilgrim dinners, even in the pub it seems, come in two sittings; a 630pm and an 8pm one. We didn't all fit in the first one :(

Quick nasty breakfast and we were off in a hurry towards Pamplona where we had booked hotels for 2 nights so we could have a rest day. Alberques are great except for the fact they throw you out at 8am each day. We were told it would be all flat, which of course it wasn't.

At least we saw some nice orchids, berries and other nice scenery, but darn it our feet and legs are suffering now!

We are also running in many regular faces now. Everywhere we sit down we recognise Pete and as we leave other pilgrims we know enter. It is a real social affaire. 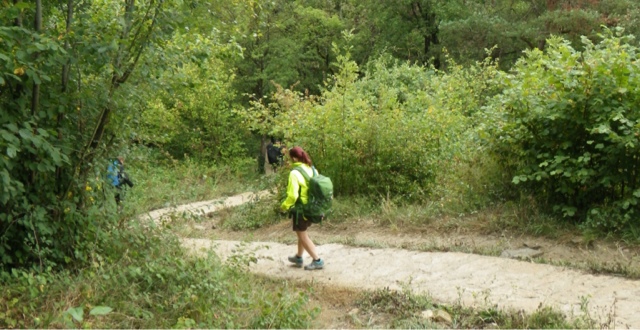 The path in places is real slippery, but reasonably well signposted. Occasionally we make a wrong turn, but someone yells out generally. It is rare to walk completely alone. 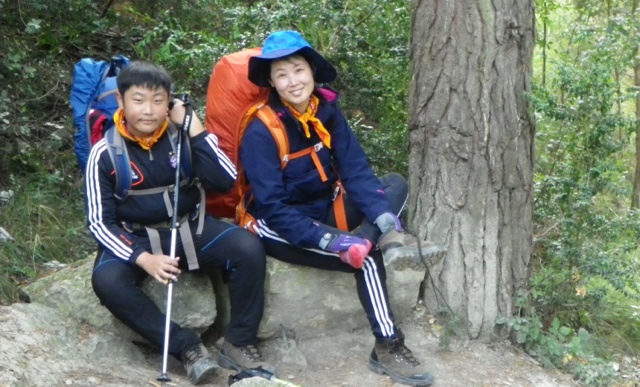 This Korean couple regularly show up, we think it is a mother and son team. There are also two cute as buttons Yung Korean girls with identical gear which keep on popping up. Koreans seem to be the Asian representative on the El Camino so far. 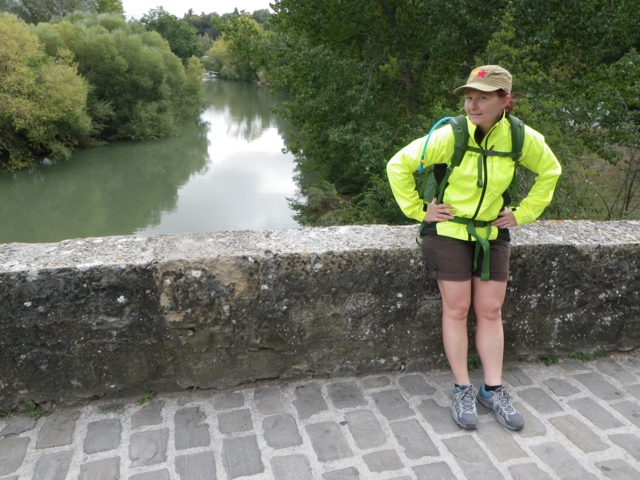 And then we entered Pamplona! It was an hours worth of urban walking before we got to the bridge where the backpack fell in the river in the movie 'The Way', shortly after we entered the old town. After getting our stamp we caught a cab to our modern hotel in the new part of Pamplona where I realised I'd left my refrigerated medicine in Zubiri....

Going to watch "The Way" again tonight, just to remind myself I couldn't have done it & I would have driven you all bonkers with my moaning, "Are we there yet"?
One Camino, x

This two purple flowers are not orchids but Colchicum (Merendera) montanum

Ha, that took years to be corrected! Thank you for that :)