Riding alongside three ZOCO Rossa electrically assisted bikes 5,000 kilometres from Hanoi (Vietnam) to Singapore during the highest rainfall months, via sand tracks, potholed roads, mud, and mountains proves beyond doubt the reliability of these bikes. 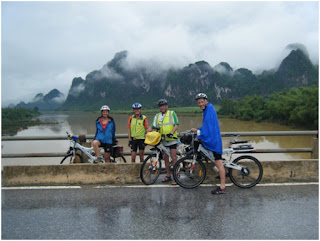 The Vietnam to Singapore journey has tested my old Apollo bicycle to the limit despite not carrying panniers. The rear derailleur broke, a broken spoke; the front derailleur needed repair; the chain, rear cluster and chain rings - all in good condition or new before the 5,000 km ride - wore out very early compared to my 6,200 kms across America and 4,600 km tour through Italy on the same bike carrying loaded panniers.

My touring bike is like the farmer who claims his axe is the most reliable tool in the shed; replaced the head twice and the handle three times but it’s never let him down. Apart from the Apollo frame and forks, my bike has been replaced multiple times with quality parts.

Eight weeks of cycling has shown that the ZOCO’s NuVinci constant velocity rear hub is well sealed against abrasive grit and water, unlike a conventional derailleur system. The ZOCO Rossa chain is always aligned unlike the derailleur system that shifts the chain on an angle, increasing wear and stretching. An angled chain also increases wear of the chain ring, rear cassette and jockey wheels.

I lovingly oiled and cleaned the derailleur, chain and cassette on my manual bike, but the ZOCO drive system held up much better and only received the occasional squirt from the oil can that was dipped into an unmarked oil drum in Cambodia.

The ZOCO Rossa is similar to a soft tail mountain bike. The upright cycling position and wide tyres provide a comfortable and stable ride, perfect for commuting. The constant velocity hub is instinctive and smooth - no gear changes are used, you just twist the inner handle.

On flat smooth road the battery gave a range in excess of 80 km with the power set to medium. Even on the steep climb over the Hai Van pass - featured in the “Top Gear Vietnam special” TV show – the ZOCOs got 40km to a battery and made the ascent with ease. I’m a fit 58 kilogram man who excels in hill climbing and this mountain range was a challenge on my touring bike with a triple group set. 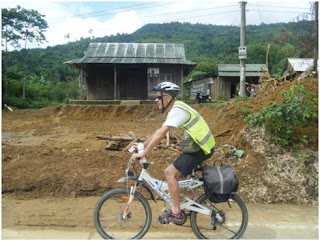 All three ZOCOs finished the 5,000 km ride in good shape. The electronics, motor and battery proved to be well sealed against the high humidity, heat and monsoon rain of Vietnam and Cambodia (unlike my smart phone and watch, which filled with condensate and were tossed).

Anyone considering an electrically assisted bike to replace the second family car, get some exercise during the commute to work or just have a bit of fun should put ZOCO on their short list. 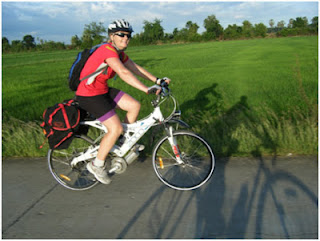 Thanks Shaun from ZOCO bikes for sponsoring my friends with three Rossa bikes on their www.coughing4cf.com ride to raise awareness of Cystic Fibrosis and organ donation. Without your help and confidence in the ZOCO product they could not have completed their journey and raised funds for the Tasmanian Cystic Fibrosis Association.

Disclaimer: Mark Collins rode a manual bike on the tour and did not receive sponsorship from ZOCO Bikes.