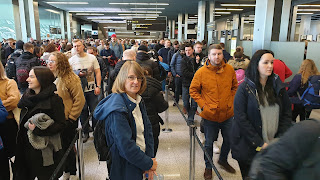 Coming back from the Ukraine I managed to cough up blood at the border and again when walking back to the hotel in Krakow.

Reunited with Cindy we decided best course of action is to start this phage medicine from the Ukraine and catch the next flight to Brussels where I have Medicare reciprocal rights and can see doctors.

The security queue at Krakow was a mile long, a COVID19 smorgasbord where we tried to maintain distance between people... Well,... Anyways, we got to Brussels via Stockholm and a few hours delay, walked to our AirBnB near the airport and settled in and made an appointment with a local GP for the next day.

The GP and a pharmacist we spoke to had hardly heard about bacteriophages despite the new laws that say a GP can now refer to a pharmacist for Magistral Phage Preparations etc. Google that! Not a good sign. The doctor did give me a referral to a specialist.

Armed with the referral we caught bus to the Queen Astrid Military Hospital, the centre of bacteriophage studies in Belgium.

After a bit of a search in the hospital we found the team and a member took the time to speak to me. She made it clear that the legal  infrastructure may be in place in Belgium, as it is in Poland, but without major education campaigns for doctors (think pharmaceutical funded symposiums for doctors at the Gold Coast where they are sure to go to) and a major expansion in phage facilities and phage research not much is likely to happen. So as it is the team is poorly funded and has to choose carefully who to treat with the limited phage collection they have. This means serious and desperate cases with a good phage prognosis get priority and walking wounded like myself are not likely to get picked.

In the days following I did get a form for my doctors to complete but it was pretty clear I was not going to be eligible, especially given my location on the other side of the world. It is not a one shot treatment, phages are a program which requires monitoring and phage adjustments in most cases taking months.  I was not going to find people  like myself who were getting phage treatment as antibiotics were causing more sideeffects than benefits, people who prefered to try phages as a choice rather than desperacy. Mind you I'm pretty desperate with 38% lung function for the past X years and an infection that will not go away!

Other than that the unit was only a research unit and of course could not give treatment for my issues at hand. Nor could they refer me to or even suggest a GP in Belgium who was phage aware. She did urge me to get urgent help for my coughing blood episodes.

Fortunately the Ukraine phages worked enough to settle my  infection, even though they were not specifically for my infection, but still at least were for generic pseudomonas aeruginosa infections.

Also in the mean time Italy COVID19 infections started exploding and people were getting nervous everywhere.

We decided to stop calling into medical facilities and looking for sick people. Time to head for Holland and think about going back to Australia as the flu was becoming a big news story. I emailed the airline re an earlier flight and rerouting me directly home rather than via my family in Canberra.

We went to Holland, my old country of birth. Eventually we booked into a luxury hotel in my home town as we had lost confidence in small Airbnbs and budget hotels and we are now in an expensive hotel where even here we ask them not to clean the room.

I tried to call the airline a few times but hung up after 45 minutes on hold.

We spend our time doing cold beachwalks and renting bicycles and staying out of crowds. We have a rental car and do not need to get into public transport.

In one town in Holland we ran into a shop assistant who knew about phages and had seen documentaries on it and was aware people with serious infections were just.visiting former USSR countries for treatments. We got her on tape. 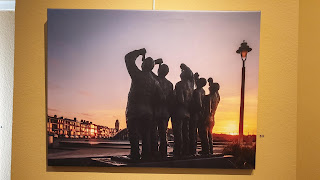 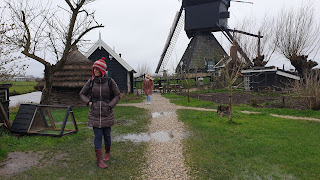