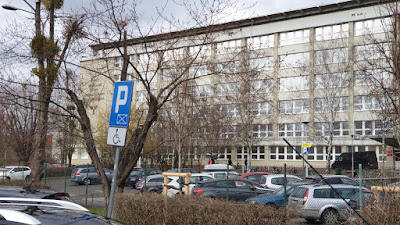 Well, well, well. Conclusion after visiting Wroclaw. My intention was to visit a country and a clinic where I understood people were 'routinely' treated with Phages. The institute in Wroclaw has been supplying phages to Polish hospitals for almost 50 years, and from interviews, I have seen and google searches I have done I had believed that phage therapy was much more used here in Poland than it now appears. This would have been significant because it is in the European Union and operates under European medical protocols.
Visiting the Phage Therapy Unit of the Medical Centre at the Institute of Immunology and **Experimental** (!) Therapy (pictured above) I discovered that it is a bleak and empty academic feeling unit, and not a bustling medical facility as I had expected. There were no patients or people coming or going, and the receptionist I was able to speak to spoke good English but was keen not to be filmed or recorded. She confirmed that Polish people do not get phage therapy except under very special circumstances and at their own expense. The cost of treatment is about €1700 but this is, of course, a ballpark figure. She would see if I could speak to one of their doctors. A doctor did contact me, but he was wrongly informed, thinking I wanted treatment, and that a consultation meeting to explain the treatment procedure was possible in March for which cash payment was required. This is not really what I am here for, though I would love to get phage treatment for my infection. I emailed to explain. Over the past 6 months, I have also communicated with the Georgian Eliava Phage Therapy Center, and I could get nothing but treatment discussions with them and no response to interview requests.
I came to Poland to interview people about phage therapy, about commercial phage preparations, how many people they treat, what infections are they most successful with, its general use in Poland... How many Polish people are treated annually with phages in Poland etc.
In Australia no-one knows anything about phages. Just a few scientists, but not the medical world. But I now know that it is almost the same in Poland.... It is not for the average patient. It is special and experimental here too, just like in the rest of the western world. I will try travel to Ukraine later this week (across the border) and see how they use it there. But if I show people at home it is used in Ukraine it will not have the same effect as showing they use it in (EEC) Poland. Poland would have been very believable. Australians will look at Ukraine, like they would at Georgia (former USSR), that phage use is similar to say snake-bile in China... Good for them but nothing Western, in other words not believable. If I had evidence it was used in Poland we would all be more convinced!
Tomorrow we leave for Krakow, East Poland, and I will see if I can catch a train to Ukraine for a day while Cindy awaits my return in Krakow. Being so close I want to have a quick look at a pharmacy there and purchase some commercially available bacteriophage-based medicine. 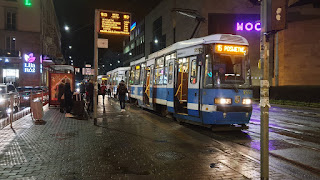