Time for another update! 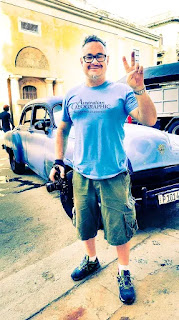 DEAN SAFFRON, a friend in Queensland, who has been involved with CF projects in which I have been part of, has offered to help me make a 15 minute documentary of my journey into Phage Therapy! Dean, https://www.deansaffron.com/, is an accomplished and award-winning photographer and filmmaker and has offered his time and skills for a minimal cost. This is the first concrete offer I have had and one I am super happy with. We do need to raise significantly more $$$ to make it a reality, but we have figures on the table and complete with Dean's travel cost we are looking at needing about $10k, which is half my estimate of $20k. Currently, we are at the $4k mark.

One other issue I am pleased to have solved was that a standard USA Tourism B2 tourist visa, or in our case an ESTA visa exemption, covers medical treatment: https://travel.state.gov/content/travel/en/us-visas/tourism-visit/visitor.html.

As soon as we have a definite date for phage therapy at Yale University I will engage the press and hope to attract more funding.

CONFERENCE CALL with YALE! Last week key players from Yale University, their Cystic Fibrosis team, Dr. Benjamin Chan, myself, some of my  Tasmanian CF team, and my wonderful GP Jane Cooper from the Don Medical Clinic had a conference call detailing the process. Discussed were issues with initial treatment logistics, ongoing care, mailing of further phages, repeat visits, current status quo of bacteriophage treatment wrt Cystic Fibrosis, possible ramifications for a future lung transplant and if the phage treatment will affect my current treatment plan. The specialists involved in my care still have no time or interest in this treatment because it is seen as experimental and not permitted on humans in Australia YET.

IT IS UP TO US TO CHANGE THIS VIEW in Australia. The USA and Europe are slowly adopting phage therapy despite the usual required clinical guidelines for its use have not been completed, similar to those for medicinal marijuana. With Marijuana, there are two hurdles, the illegal status as a drug as well as the lack of substantial pharmaceutical profits. Phage therapy only has the latter, which is perhaps why the world is slowly adopting phage therapy quicker than we are medicinal use of marijuana.

'Emily’s Entourage' accelerates research and drug development for nonsense mutations of Cystic Fibrosis and awards grants to research. A significant amount has been awarded to Dr. Benjamin Chan from Yale for research on Eliminating Resistance in Multi-Drug-Resistant Bacteria Using Phage Therapy.  This is where I am going for treatment! 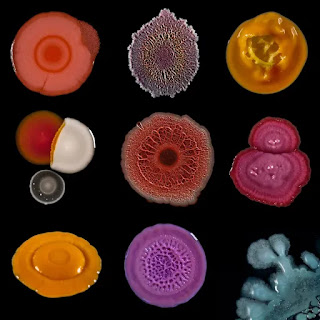 
Phage therapy has some unique benefits over antibiotics. For one, bacteriophages can be found everywhere on earth, even in sewage. Second, it attacks only the targeted bacteria, not the so-called good bugs in the host. Third, it can be done quickly: scientists can create a phage cocktail and provide it to patients within 48 hours of a superbug-infection diagnosis in some cases. And even though bacteria can become resistant to phage, there are an infinite number of strains of the viruses–not so with antibiotics. During Patterson’s treatment, the bacteria grew resistant to his initial phages, but the doctors were able to tweak the treatment with new strains until he cleared the infection. 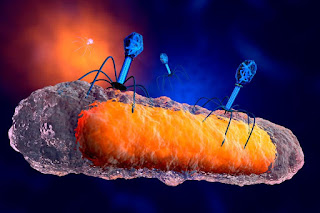 
In general, the field of phage therapy has to evolve from a series of case reports of compassionate use among desperately ill patients, to an evidence-base that demonstrates that phage therapy is safe, effective, and can become a part of routine clinical practice. Thankfully, such randomized trials are emerging. More are needed, and need to be funded.